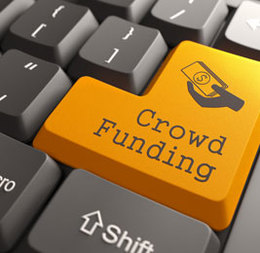 When Congress agreed that companies could offer and sell securities through crowdfunding as part of the Jumpstart Our Business Startups (JOBS) Act, raising capital for small businesses got a little easier. Notably, though, many people assume crowdfunding is simply the act of obtaining money for a specific company. In reality, the concept is much more multi-faceted.

While it does involve the exchange of money or gifts, crowdfunding also enables an entrepreneur to vet his or her idea to an audience, which may determine if that idea has the possibility of being successful and if there is a need for it. It provides a venue for a proof-of-concept—evidence that shows if an idea, whether it’s a product or service, can be successful in the real world—so interested parties can also gain a better understanding of what the product or service will offer.

“The secret to crowdfunding is to get people excited about your idea, but more importantly, to validate if there is a need for that idea. What’s the sense in developing a product if the entrepreneur learns that a need for it doesn’t exist?” says Stephen M. Kozachyn, III, executive director of external affairs at Rohrer College of Business at Rowan University. In short, crowdfunding gives budding business owners opportunities to test the market to determine if their ideas have the potential to be successful.

Some crowdfunding campaigns may accept $10 from 200 different investors; others may set a minimum of $1,000 from just 20 investors. The sum is dependent upon the crowdfunding platform used. That platform also determines what is given to the individuals in exchange for providing capital. Some platforms—Kickstarter is one—are donation or gift-based, meaning that contributors receive a finished product for their investment. StartupValley, located in Saddle Brook, is a pre-launch equity-based crowdfunding platform, the first in the state. Once crowdfunding rules are finalized by the U.S. Securities and Exchange Commission over the next few months, StartupValley will be positioned as a portal, platform, and site for businesses to raise seed and startup capital.

StartupValley’s CEO and co-founder Daryl H. Bryant has worked extensively with startup companies in his career, but found that many lacked the capital to grow and sustain their businesses. “When my partner Matt Mayernik and I learned about the JOBS Act, we realized we could build a platform for startups around the world that would help them raise capital in a whole new way,” Bryant says.

How to Put a Campaign Together
Positioning is critical to a crowdfunding campaign, experts say. A minimal viable product (MVP) or proof-of-concept will help to generate interest and feedback, since potential investors want to see a basic working model of what the product is or what it can do. There are three aspects to this campaign: demonstrating that this is a viable product; showing that the product fits a particular need; and finally, that this particular entrepreneur proves that he or she can successfully bring the MVP to fruition, Kozachyn says. It’s important to demonstrate what the product does through videos and other content to draw in stakeholders who can identify areas, not just funding-wise, where the campaign may be lacking, such as marketing.

“Entrepreneurs can gain a lot more than just the financial aspect when they put together a crowdfunding campaign,” Kozachyn notes. “They gain valuable feedback from the potential stakeholders who point out elements that need to be revamped to improve the campaign and make it successful.”

One tool for aspiring entrepreneurs is the Incubators at Burlington County College (BCC), a team of professionals providing information and advice on resources that are available to up-and-coming business owners including mentoring and access to experts. Barbara Witkowski, acting director of incubators and economic development at BCC, says it’s important to start early.

“Start working on your campaign five to six months before you launch. There are various steps that should be taken to prepare for such a campaign,” she notes. “It’s important to develop outreach through publicity and marketing. These are critical components that are needed to run a successful crowdfunding operation.”

Using social media to promote an upcoming crowdfunding campaign helps to garner interest and may boost its success. Witkowski recommends sites like LinkedIn, Facebook and Twitter to plug it. “Using the social media sites where an entrepreneur has the most contacts or followers gets people excited and looking forward to the campaign 60 or 90 days in advance of its launch,” she says.

Points to Consider
These experts also noted suggestions for startups to consider prior to launching their crowdfunding campaigns. Kozachyn recommends entrepreneurs file for patents for their products as a first step to avoid the theft of their ideas. “Once a patent has been filed, it should also be mentioned in the crowdfunding campaign because that is considered an asset,” he says.

Witkowski points out that it’s important for the person hosting the campaign to be well aware of rules and regulations. “If you promise a product and you don’t follow through, or if you tell investors they will have equity in the company and then the entrepreneur is overwhelmed with requests and reneges, it becomes a very difficult situation. Crowdfunding rules must be understood,” she says.

Startups should also be aware of the different crowdfunding portals that are available. “Entrepreneurs really must be educated on the crowdfunding platforms to determine which one is the best fit. A donation-based platform may work best for a product company while an existing business with cash flow might find that a debt-funding platform is suitable,” Bryant explains. “However, an equity-based platform would be a great option for a service-based business that has no tangible assets or cash flow.”

Also, not all crowdfunding platforms accept all projects, as each one has an approval or review process that must be followed. In addition, changes to the crowdfunding campaign, at times, may be requested from the platform.

Crowdfunding can be a daunting task, but it helps to have professionals offering advice. Rowan graduate Cassandra Aran, who is continuing her studies abroad this semester, ran a crowdfunding campaign in 2013 through Kickstarter. Though the campaign was not as successful as she had hoped, she notes the importance of having Rowan’s assistance with this campaign. “I learned a lot from it and find it really beneficial to startups and can really help when raising seed funding. The Rowan entrepreneurship program gave me great advice when launching the campaign and was very supportive.”