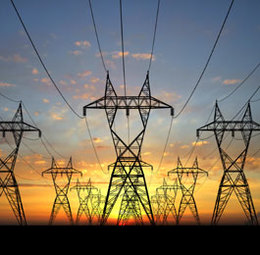 Deregulation opened the electricity market to competition—but many South Jersey residents aren’t making the switch. Why is that?

When Karl Tomaszewski of Wenonah decided to buy his electricity through a third-party provider, he was pleased with the lower rate—and was locked in for six months—but he wasn’t exactly sure what to expect. He was pleasantly surprised.

Since switching to third-party provider Viridian Energy, he’s found that it’s been a hassle-free way to save a little bit of money and benefit from other small incentives, like gift cards. When his six-month contract expired, they offered him another gift card to sign on for another six months, and he happily did. Tomaszewski says as long as he’s receiving a lower rate, he sees no reason to switch back.

Making the switch
Although it recently seems there’s been a strong marketing surge by third-party suppliers encouraging New Jersey residents to switch energy companies, competitive electricity markets are not new. When energy deregulation went into effect in New Jersey in 1999, it created the opportunity for third-party suppliers to enter the marketplace and compete. Consumers now have the right to choose which company they want to supply their electric power, while the actual delivery is still done through the distribution utility.

“Competitive markets give consumers a choice,” says Larry McDonnell, spokesman for Constellation Energy, a national company with a location in Ramsey. “They can shop for a lower electricity price than the standard rate offered by the local utility. A second benefit is that customers can lock in a rate for a fixed term.”

While there are many companies competing for South Jersey business, it seems many residents haven’t actually switched. In fact, in New Jersey as a whole, Board of Public Utilities (BPU) statistics show that only a little more than 10 percent of residents have switched. One of the reasons people cite they haven’t switched is fear that it’s actually some kind of “marketing scam.” Those colorful flyers popping up daily in mailboxes along with frequent phone calls about “switching for a lower rate” are certainly feeding into the belief.

Jillian Johnston of Woodbury Heights is an associate with Viridian Energy (she makes a commission by bringing in new customers) and says she frequently runs into the misconception that third-party energy is a scam. “People are always afraid of what they don’t understand, so I find it helpful to educate them and answer their questions without ‘selling’ to them,” Johnston says.

Fran West, of Mantua, is also an associate for Viridian—which is based in Connecticut—and agrees it’s not easy to get people to switch. But he says South Jersey residents are missing out on potential savings by refusing to look into it. “Overall this past year, it was a six percent savings,” West says. “I am on the variable rate plan [with Viridian]. People should switch because third-party energy suppliers are often less than the utility. For the past three years that I’ve been with the company, it has always been less.”

The idea that switching will cause problems with the public utility is also a common misnomer. “I’ve had people tell me they didn’t want to make their utility company mad because they were switching,” says Johnston. “The truth is that the utility companies continue to make money through the delivery of electricity and natural gas, and service will not be interrupted.”

“There’s definitely a common misconception that your service will be interrupted in some way if you switch but that isn’t true at all,” adds Sayed Khoja, commercial director for Direct Energy, a national organization with an office in Iselin. “The utility still owns the wires and handles the meter readings and nothing will change with that. They continue to bill as well. The only component that’s different is the price you pay for the electric itself.”

That’s an important component that many don’t understand. An energy bill contains multiple pieces including basic generation service, delivery service, and customer charge. Only the basic generation service fee changes with a switch to a third-party supplier. In other words, while consumers now have the choice who provides the electricity, the actual transmission and distribution via the wires is still a monopolized service.

“For the provision of the electric—that is who is providing the actual electrons—you can now switch to any number of third-party providers who are competing for your business,” Frank Felder, Ph.D., Center for Energy, Economics and Environmental Policy at the Bloustein School of Planning and Public Policy at Rutgers University, explains. “But you’ll still receive just one bill from your transmission/distribution company. That will include the price that you’re paying to your third-party provider, also called an ‘energy service company,’ along with the charges from the utility for distribution services. If you choose not to switch, and remain with your public utility, you will pay a fixed price for electricity which is determined by the Basic Generation Supply [BGS] auction held by the state.”

The fixed price that comes out of the BGS auction is a three-year average as opposed to a market reflective price. The idea is to protect customers from short-term market volatility. But the prices that third-party suppliers offer are based on the current market price. Sometimes it’s lower—sometimes it’s not. And while that fear lingers that service will somehow be affected by switching, the BPU is doing its part to dispel those notions. “Customers are entitled to shop for their energy supply needs through a third-party energy supplier that best meets the needs of their home or business,” says Vince Maione, region president of Atlantic City Electric. “Atlantic City Electric will continue to provide safe and reliable electric service to all customers, regardless of whether a customer buys their energy from a third-party supplier.”

A competitive market
Actually switching to a new company is a relatively simple process, but it’s important to do your homework and know what you’re signing up for. “I think another common misconception is that it’s a complicated process and it’s really not,” Khoja says. “You can put in your due diligence with some online research and you can enroll with the company of your choice online or over the phone. It’s that simple. But like any purchase you make, do some research.”

The New Jersey BPU website is a great place to start. It includes links to third-party suppliers in the area as well as important information explaining deregulation. “We encourage all of our customers to make sure they understand what they’re agreeing to—the rate they’re paying, the terms of the contract, and whether they’re on a fixed or variable rate,” Kjoha adds. “Consumers should also be aware whether there are fees to cancel or switch the contract.”

Khoja believes deregulation offers great opportunity for New Jersey residents and, with just a little bit of research, consumers can make an educated decision to switch. “The introduction of competition has allowed consumers more opportunity to have a choice and to save some money,” he says.

“Every consumer wants choices,” adds McDonnell. “In New Jersey and many other states with electricity choice, customers have options and they can shop for the best combination of price and service. For businesses, buying electricity from a competitive supplier can reduce energy spending. That helps competitiveness. In the days before competition, residential and business ratepayers had only one option—the local utility.

New Jersey made the right call on opening energy markets to competition and it continues to deliver meaningful benefits to consumers.”