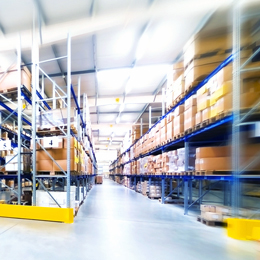 
by Amanda Hamm Hengel
For the vast majority of the population, when asked to describe New Jersey, one word comes to mind: taxes. Though the portrayal is not wrong—New Jersey does have some of the highest taxes in the nation—the state can be defined by a whole lot more than numbers, especially from a business standpoint. And especially in South Jersey.

But this is not breaking news to the businesses that already call South Jersey home. They chose to set down roots in the area for areason—be it for available labor, intricate transportation infrastructure or otherwise—and they are making the most of their decision.
Fortunately, though taxes may still be a major player, the paradigm is shifting and more businesses are taking notice of the enterprising opportunities available here that current South Jersey business owners have known all along.

“It’s exciting to see South Jersey coming into its own,” says Michele Siekerka, president and CEO of the New Jersey Business & Industry Association. “You can start in Camden and see the rebirth and redevelopment going on there and it’s spreading east. … And you see the economy strengthening in Atlantic City and spreading west, and you see things happening connecting the east and the west and the growth opportunities that are there.”

Though there are many industries progressing in the area, one that seems to have truly taken off is distribution. This is due in part to the successes businesses in other arenas have been finding, but also because South Jersey has so much to offer.

“South Jersey is attractive because it’s right smack in the middle of one of the biggest metropolises in the world,” says Steve Stommel, CEO of Gibbsboro-based ProCat Distribution, a company providing distribution technology for warehouses. “There are great roads, access to airports and access to ports. It’s a great location for a company to build a distribution center.”

Though Stommel says most of ProCat’s business has been out-of-state for the past few years, changes are evident in the market. “We are in discussion with several South Jersey distributors and we are very encouraged by the state of the distribution industry in South Jersey,” the Cherry Hill native says. “We are very excited about the way our solutions support distribution businesses and are excited about the opportunities we’re seeing in the marketplace in South Jersey.”

Michael Landsburg, vice president of real estate at NFI Industries, agrees that South Jersey’s location is what makes it an attractive area for distribution. A top logistics coordinator across North America, NFI has called South Jersey home since it was founded in Vineland in 1932 and it has capitalized on its success in the area and since expanded to its Cherry Hill headquarters, where it added dedicated transportation operations and a 300,000-square-foot warehouse. The company also now has two offices in Voorhees for corporate, brokerage and global logistics employees.
“In addition to labor and infrastructure, South Jersey’s access to consumer populations makes it an attractive area for companies to integrate their supply chains,” Landsburg says. “Forty percent of the U.S. population can be reached within a day’s drive from New Jersey, making it an ideal distribution location for many businesses.”
Having the available land and buildings to enable such growth is also major factor. Today, the South Jersey landscape is filled with facilities that enable shipping and distribution but it has taken quite some time to make it this far.
“When we initially marketed to the Delaware Valley, we were told we were too far south,” says Charles Walters, vice president of Pureland Industrial Complex located in Logan Township. The complex was started in the early ’70s on the basis of operating as an environmentally friendly park—a concept that at the time was, as Walters puts it, far-reaching, but they started to market out-of-state and the park began to grow.

Now Pureland is the largest industrial park on the East Coast and developers of warehouses and industrial parks have followed its lead with facilities at the majority of exits on the turnpike and Interstate 295.

“When we first came down there was Atlantic Park at Exit 20, and then we were at Exit 10 [on 295],” Walters says. “There were a lot of farm fields in between. But labor and transportation costs were right in line and other people had seen what
we did so they started to do it.

“I think the same things that made the area good then make it good now,” he continues. “A good transportation system and availability of labor; that’s all still in place. If anything, transportation has gotten better.”

Walters notes the size of the buildings companies are looking for has seen a marked change in the last few years, as requirements have gone up from 400,000 to 600,000—and even a million—square feet. “Amazon just built a million [square feet] in Logan Township,” he adds.

Another requirement many companies are looking for is more—and secure— truck parking, says Scott Mertz, president of NAI Mertz. He says companies are also looking for higher ceiling clearance and close proximity to major thoroughfares.

“Most of the larger companies lease and spend their money on their goods,” he says, noting there are not many areas left for building in South Jersey. “Real estate only appreciates two or three percent, while goods can be marked up for a better profit.”

Mertz also notes while South Jersey is typically known for growth from within, NAI is seeing a lot of companies move in from out of the area.

“They’re coming into the area to supply companies like Amazon,” he explains. “They’re willing to pay top dollar to be closer to Amazon or their companies and they’re driving a lot of the smaller guys out.”

Amazon made the move to New Jersey in 2012 after considering a variety of factors, Lighty says.

“Some of those factors include a dedicated workforce who will raise the bar on being customer obsessed as well as great local support—and we’ve found both in Logan Township,” she says. “We’re also responding to customer demand and ensuring our fulfillment centers are close to customers so we can offer great Prime service and fast shipping speeds.”

The shift to online retail has certainly sparked the need for distribution services, so it only makes sense that companies would want to bring their services where the consumers are, says Siekerka, who highlights the fact that the state’s roads are all well interconnected and proposes that the work being done on 295, once completed, will only improve the situation.

“It’s really all about location, location, location,” she says. “We’re not just the most densely populated state—within a two-hour radius you can touch hundreds of thousands of people.”
Landsburg suggests the industry will continue to evolve and change with consumer trends and demand, and that businesses, including NFI, will need to follow these changes.
“Factors like population and residential expansion can also impact how the industry evolves,” he says. “NFI is adapting to these changes by leveraging its in-house real estate capabilities to identify trends and opportunities for our customers to improve their supply chains.”
Siekerka adds that businesses will not only be making changes to how they reach the consumer, but how they work with their employees as well.
“Because of our density, traffic is an issue,” she explains. “I see more flexibility in the work environment. … The question is going to be, ‘How do I get people off the road, how do we do job sharing?’ This kind of flexibility makes for more productive and happier employees, too, which is always a good thing.”
With distribution on the upswing in South Jersey it will be exciting to see how the industry continues to evolve, especially with the advent of more advanced technology. It is also heartening to see that the industry is helping to put the state on the map as more than just a place to be concerned about taxes—it’s also a great place to grow and prosper.
To read the digital edition of South Jersey Biz, click here.