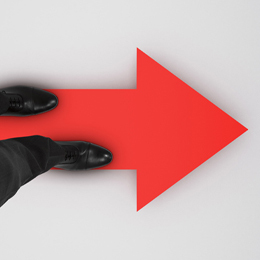 Positive Steps
In light of the #MeToo movement, we look into how workplaces are adapting and further protecting their employees.

When it comes to owning your own business, there’s plenty to keep you up at night. And that’s just addressing the surface of business ownership.


Beneath the overlay of day-to-day operations, there are even more layers that develop. Though these layers often positively make a business what it is, there can be more complicated issues that arise.

At the forefront of this list in recent years have been claims of sexual harassment and assault, with one of the biggest examples being the sexual misconduct allegations brought against former movie producer Harvey Weinstein. As a result, the strength of the dozens of women who stood up against the actions of the mogul has lifted up thousands in similar positions to do the same.

It has also brought the #MeToo movement, a now international hashtag against sexual misconduct first used in 2006 by social activist Tarana Burke, further into light and to the attention of millions—including business owners.

“From an employer’s perspective, this movement has been the catalyst for many employers to take a closer look at their own policies, both to prevent such conduct and to protect themselves and their businesses,” says Amy Rudley, Esq., a partner with the law firm Cooper Levenson, P.A., who specializes in employment law.

Though Rudley says she has “not seen a dramatic impact in South Jersey yet,” she has received calls from existing clients recently to make sure they’re taking the appropriate steps to be proactive to the situation.

“Prudent employers have been adapting to this movement by taking a look at their existing policies to make sure they cover all possible issues and those who have not written policies are finally putting some policies to paper,” she says. “I would definitely say that many employers are taking complaints more seriously than before.”

Not only are employers taking complaints more seriously, but the number of complaints has increased, says Elizabeth Garcia, shareholder and chair of the labor and employment division at law firm Parker McCay.

“The #MeToo movement has affected employment in many ways,” she says. “For employers, there has been an increase in employees coming forward to report inappropriate comments and touching, which results in employers having to conduct proper investigations (internally or externally), documentation and take appropriate action.”

Garcia notes employees are also noticing changes in the way co-workers interact with each other and that the number of investigations Parker McCay has been asked to conduct has also increased. “Employers are being much more proactive,” she says. “They are offering training for the employees and supervisors. There seems to be a decrease in tolerance for inappropriate behavior. Employees who are acting inappropriately are being held accountable.”

Shari Hulitt, managing partner for Sharplink Staffing, says being proactive is an important response to the movement and employers should use this time to review their training and internal policies.

“Businesses should be prepared to do three things,” she says. “First, they should conduct training so that harassment never becomes an issue in the first place. Second, have clearly defined policies and procedures in place, and third, if an employee says they are harassed, the business must thoroughly and fairly investigate the claim and take the appropriate action.”

Though the #MeToo movement was initially focused on responding to sexual violence against women, it is strengthening other groups to also step forward and stop injustices that may be taking place. Rudley says employers should be vigilant to respond to any situation that may arise.

“Employers have to be careful to protect employees of both genders and ensure that they are carefully considering each complaint of harassment or discrimination,” she says. “When an employer receives any complaint of discrimination or harassment, they should be performing a thorough and unbiased investigation.

“Ideally, the investigation would be conducted by someone trained to conduct such investigations,” Rudley continues. “Employers must also have a process for the internal filing of a complaint and must have consequences in place for both sexual harassment and also the possibility of an increase in false accusations.”

While an increase in claims and more vigilance in the response to these claims has already been the result of the #MeToo movement, Rudley says its legal impact may take a few more years to materialize in the state.

“Because we have a two-year statute of limitations for most claims of sexual harassment in New Jersey, from here, we will wait and see if litigation in New Jersey actually increases as a result of this movement,” she says.

An important thought to keep in mind is that though dealing with misconduct is not always in a business plan, it can help to develop a business and make it stronger for the future.

“Employers should not be afraid to take action when employees are creating a hostile work environment,” Garcia says. “Being proactive can only help a company in the long run. Employees are more productive when they feel protected and safe in their environments.”