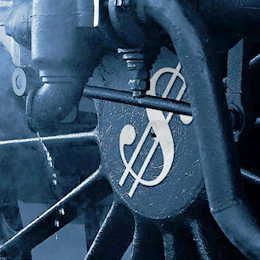 This time last year the economy in South Jersey was on a steady upward trajectory, as we saw more construction projects underway and more sold signs across the region. There was some concern along the way, but that concern has turned to optimism— a word that was constantly repeated from the banking and finance experts we spoke with about the current state of the economy—and growth should continue for the remainder of the year.

Even with the change in political spectrum, the markets are responding positively.

“The markets have responded well and [there is] a perceived change in the willingness for government to support businesses by decreasing the tax burden and addressing the heavy regulation with the corporate arena,” Brian Jones, president and CEO of The First National Bank of Elmer, says.

“There are many things that are occurring in South Jersey that allow us to see the economy growing,” he says. “We’re seeing more opportunities with small business owners coming in every day. We’re seeing it with large businesses as well. People who have been sitting on the sidelines the last few years wondering where the economy is headed are now being more active.”

“In the last survey we took of M&T Bank’s commercial customers, 70 percent of our middle market firms say the national economy had improved over the past six months, and this was the highest reading since the last recession ended,” Denise Monahan, M&T Bank administrative vice president for commercial banking, says. “They were equally as optimistic that the economy would continue to improve in the next six months.”

BB&T and other banks are seeing more loan activity in just about every industry. “We have one of the biggest pipe lines in a very long time,” Andreacci says.

“It’s across the board,” Dave Hanrahan, president and CEO of Capital Bank NJ, says. “We see it in contract customers and also see it in manufacturing customers, food processing customers, distribution customers and software customers. I’m hard-pressed to think of an industry that we’re not seeing very good activity, perhaps with the exception of retail.”

Rob Worley, senior vice president and New Jersey market manager for Republic Bank, agrees that retail has struggled recently thanks in part to changes to New Jersey’s Urban Enterprise Zone program over the past year and online retailers such as Amazon which continues to reign supreme. The company is currently constructing its ninth location in New Jersey.

“On the other hand, the health care industry continues to improve,” Worley says. “We have recently seen a merger of two major South Jersey hospitals, and patient data and patient care plans are now being shared within five competing hospital systems for more effective patient admission.”

The merger of Jefferson and Kennedy Health, the most recent announcement of the merger of Virtua Health and Our Lady of Lourdes and the new Inspira Hospital in Mullica Hill currently under construction are certainly helping the economy and making South Jersey a sought-after area when it comes to premium health care.

“In the long run, [the mergers] make these institutions stronger and supply the impetus for growth,” Jones says.

He also says the New Jersey Economic Development Authority’s (NJEDA) Innovation Challenge, which offers eligible communities an opportunity to compete for planning funds to catalyze growth across the state, can only mean growth and a positive outcome for communities such as Rowan University, as the university was awarded a grant of $5.8 million to establish the South Jersey Technology Park.

“The creation of the NJEDA Innovation Challenge will strengthen local innovation ecosystem throughout the region,” Jones says. “The South Jersey Technology Park continues to add new tenants with almost all 45,000 square feet committed.

“The NJEDA Innovation Challenge program will supply funding up to $100,000 per recipient,” he continues. “The Small Business Administration (SBA) continues to offer good sources for funding through their 7A and 504 programs and the NJ Employee Training Grants Program supports growth and education.”

Andreacci says BB&T has a great relationship with the SBA as well and they offer quite a few loans and programs for those looking to start or expand their small business. “It’s a benefit for small business owners to use those tax credits,” he says. “The program has always been very effective for us.”

It’s not just businesses that are continuing to pop up throughout the state— there is an increase in residential housing construction almost everywhere you look, which is somewhat of a surprise to Hanrahan.

On the downside, in addition to high property taxes, the state has a number of regulatory challenges that don’t necessarily make it easy for all businesses to operate in the state.

“Without question New Jersey is a difficult state to operate in when it comes to taxes,” Danny Sulpizio, senior vice president, director of retail banking for Parke Bank says. “Governor [Phil Murphy] ran on a platform that would help to ease the burden, but I see that off to a slow start and not with the support he thought he would get from his party. From a banking perspective, our regulatory environment changes constantly and we continue to have to add resources to deal with compliance.”

“We’ve got economic activity occurring in all counties of South Jersey, but your tax structure is always going to be a factor that has an impact on the amount of capital invested in starting and growing businesses,” Monahan says. “We have the opportunity to work together to address this with the goal of generating more future business activity.”

That is the ultimate goal, and as businesses have seen profitable results with the positive direction the economy has been going in combined with consumer confidence at an all-time high, even more projects are bound to be on the horizon.

“There was skepticism the last few years over what was occurring, but now people believe in the economy—they believe in what they are seeing,” Andreacci says.

Hanrahan took it a step further, predicting even more growth in years to come.

“I feel very bullish on economic activity for the rest of this year and into 2019, and it very well could bleed into 2020,” he says.