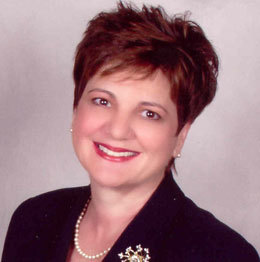 
by Edited by Amanda Hamm Hengel

We asked local leaders in business to discuss the economic climate and what to expect in 2015.

Marlene Z. Asselta (pictured)
President
Southern New Jersey Development Council
The economy of the eight-county Southern New Jersey region is as diverse as its geography. The counties along the East Coast are in part driven by the tourism/gaming industry. With the recent casino closings, all having an impact on the economy beyond the borders of Atlantic City, the argument could be made that the economy is in bad shape. However, there are non-gaming projects in the works that will offer new opportunities for business growth, jobs, and a better economy.
The counties along the western part look to port development, Camden revitalization and eds and meds. Camden will host the new headquarters and practice facility for the Philadelphia 76ers; Holtec International will lease land to locate its manufacturing facility at the South Jersey Port Corporation and the continuing partnerships with Cooper Hospital, Rutgers University and Rowan University are exciting.
[Overall,] 2014 had its challenges and disappointments; [and we are] looking forward to 2015âand to use our own tag lineâthere are 3,700 square miles of opportunity prepared for new business and more jobs.

James A. Rogers Jr. , CPA, MAFF, CFF
Partner
Haefele, Flanagan & Co., PC
Looking back at 2014, economic development in the region has been soft. One of the major problems that we see in the Delaware Valley, as well as in other parts of the country, is that there has not been significant job growth. The unemployment rate is dropping, but at a very modest pace.
I do not foresee much of a change occurring in 2015. Taxes are too high in the region to really spur any major development. New Jersey was actually rated the worst business tax climate in the country by the Tax Foundation, an independent nonprofit tax policy research organization.
I think we will continue to see a pattern of slow growth as in the past. Hopefully, tax reform is in the near future.

George Robostello
Regional PresidentâSouthern Region
Fulton Bank of New Jersey
The Southern New Jersey market showed progress on several economic fronts during 2014. In reality, 2014 was an improvement over 2013. I do expect that improvement to continue in 2015.
Positive highlights during 2014 included the downward trending of overall unemployment in specific markets and sectors coupled with the growth and expansion in the medical and educational sectors. The growth in these two sectors will continue to have a positive impact on the economic success of the region. South Jersey is home to some fine colleges and universities along with a number of well run and profitable hospitals and medical centers.
I believe the business challenges in Atlantic City are far reaching, crossing over into the southern New Jersey marketplace and could have some ripple effects throughout the region. The growth within the small business sector has been and will continue to be a critical component of the economic success of the region.

Dr. Richard Michelfelder
Clinical Associate Professor of Finance
Rutgers School of BusinessâCamden
I usually avoid discussions of overall economic prediction to help avoid economist jokes. Letâs discuss two regions in South Jersey: the Delaware River Region and the Coastal Region. Here are a few key points that highlight 2014 and the outlook for 2015 for each region:

Delaware River Region:
â¢ 2014 was a slow growth year for employment as the region followed the nation in dragging its way slowly up the business cycle from the 2009 bottom of the recession
â¢ Health care industry growth and investment by Rutgers and Rowan Universities
â¢ Health care leverages the large pharma industries up north
â¢ Growing Philadelphia and northern New Jersey finance and insurance industries

Coastal Region:
â¢ The coastal region shrank in employment in 2014 due to the major imploding of the casino industry as of one of two major employers of Coastal South Jersey (the other is AtlantiCare) with four major hotel closures
â¢ The hotel/casino industry will have shrunk by half in 2015
â¢ Non-Shore real estate prices and sales falling with job losses and Shore sales and prices will rise more rapidly as baby boomers buy vacation homes with stock market wealth
â¢ Small contractors continue a brisk business from the aftermath of [Hurricane] Sandy
â¢ Large contractors continue in a slump as few new major projects are forthcoming
â¢ AtlantiCare, the largest single employer in Coastal South Jersey, is acquired by Geisinger.