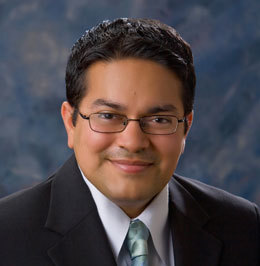 Eisenberg, Gold & Cettei, P.C., a law firm specializing in civil and commercial litigation, real estate, creditor’s rights, condominium and community association law, announced the addition of Amar A. Agrawal (pictured) as partner. With the addition, the name of the firm will now be Eisenberg, Gold, Cettei & Agrawal, P.C.

The Law Offices of Lynda L. Hinkle announced that Bryna Batten and Alicia Hutchinson have joined the firm as attorneys-at-law.

Bancroft, a leading provider of programs and supports for children and adults with intellectual or developmental disabilities and adults needing neurological rehabilitation, announced it will relocate its headquarters from Haddonfield to a recently purchased 41,500-square-foot office in Cherry Hill. In addition to the purchase of its new headquarters, Bancroft is also anticipating the opening of the Bancroft NeuroRehab Resnick Center at Mount Laurel. The 18,000-square-foot facility will allow Bancroft to expand its services in occupational therapy, physical therapy, speech therapy, neuropsychology, cognitive rehabilitation therapy, therapeutic activities, health and wellness programs, and nutritional counseling with a special focus on serving veterans.

Michelle Gollapalli, MBA, CFRE, CAP, was named vice president of development for Kennedy Health System and executive director of the Kennedy Health Care Foundation. With more than 17 years of experience in philanthropy and development, Gollapalli will oversee all of the health system’s fundraising efforts in her new role.

Century Savings Bank announced the appointment of Peter Bertram to the bank’s board of directors. Bertram also currently serves as the bank’s senior vice president.

Adam M. Levine, DO, FACC, joined the medical staff of Lourdes Cardiology Services/South Jersey Heart Group. Board-certified in nuclear cardiology, echocardiography and internal medicine with a cardiology subspecialty certification, he specializes in the diagnosis and treatment of vascular diseases.

Robert E. Mortensen was named chair of the Rutgers University-Camden Board of Directors and Anthony J. DePetris was named vice chair. Both positions carry one-year terms.

Martin H. Abo, CPA with Abo and Company, LLC in Mount Laurel, was named Accountant of the Year by Philadelphia publisher SmartCEO.

The Boys & Girls Club of Camden County elected Benjamin A. Levin, managing partner at Hyland Levin, LLP in Marlton, to its board of directors.

Woodbury florist C.J. Sanderson and Son was presented with a plaque commemorating 100 years in the industry at the annual convention of the Society of American Florists (SAF). Currently owned and operated by Don and Judy Sanderson, the company was started in 1913 by Don’s father, Chris Sanderson.

Bob Riesenbach, president of CMIT Solutions of Cherry Hill, an IT service provider for SMBs, has been named Franchisee of the Month by the CMIT Solutions franchise system. As franchisee of the month, Riesenbach’s Cherry Hill location ranked first out of more than 130 other franchises in categories such as client satisfaction, client retention, revenue growth and the number of client devices managed.

Cherry Hill’s C&H Collection Services is celebrating its 30th year in business. Created in 1985, C&H has grown into one of the premier leaders in debt recovery, specializing in the medical industry.

GG’s restaurant in the Doubletree Suites in Mount Laurel announced it will reinvent itself into Redz, offering inspired American fare. The restaurant has undergone an entire retrofit including an expanded lobby bar.