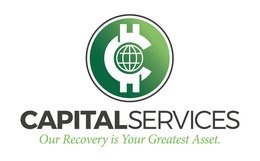 David Sopourn always wanted to work for the company his father founded five decades ago, the Berlin-based Capital Collection Services, but it took years for the elder Sopourn to warm up to the idea.

When the company founder finally relented, his son didn’t inherit a cushy position or impressive but empty title, but rather gained a wide-ranging perspective of the company, its needs and areas that would most benefit from an overhaul.

“I started on the bottom and learned my way up,” says the younger Sopourn. “Starting on the ground floor made me really think about, ‘OK, Why am I’m doing the same thing over and over again? There’s got to be a better way to automate these processes.’”

Eventually, Sopourn was in a position to buy his father’s company, but the collection agency was faltering and its future looked less certain every day. Always with his eye on the bigger picture, though, the second-generation owner forged ahead as he mandated sweeping changes to the company in an effort to rebuild it in a way that embraced modernity and prioritized its longevity.

“I basically rebuilt the company in my image, focusing all my efforts and investment into technology, automation and process improvements, especially when I was starting out, to build something sustainable, and then we kind of grew for a few years,” he says.

After learning by overcoming a number of challenges along the way, Capital Collection Services re-evaluated every process conceptually as a startup. This blueprint focused on medical clients and created an AI-driven agency. Sopourn feels that the collection agency came into its own in 2019—just in time for COVID-19 to turn the world upside down.

This time, after all the painstaking efforts Sopourn had made to modernize the company, adapting to the new normal was actually a pretty seamless transition, thanks to a number of new technologies and updated practices guiding the company.

“Luckily, because we had set it up the way we did, we were able to just adapt, and then send everyone home to start working remotely,” he explains.

Sopourn continues: “Working from home didn’t hit us like we feared it would, from a productivity and compliance standpoint. I think our people were thankful they were in a position to continue to work safely while they didn’t have to come into a building with other people when there was so much uncertainty at that time.”

A willingness to accommodate necessary operational changes has proven to be a key component to Capital’s ongoing success. Well before the pandemic’s onset, that flexibility has been a hallmark of how Sopourn does business.

“We’re able to pivot when needed, and we have an understanding of how to utilize technology,” he says, citing the example of Capital’s intelligent AI chat bot that’s “basically a mid-tier collector, but in 14 languages!” That flexibility is also an asset in an inherently “heavily regulated industry,” where one of the most recent changes affected how a collection agency can communicate with consumers to collect owed funds.

Working within the established legal parameters has Sopourn and his team keyed into the ways people communicate and the preferences that nudge them toward one medium over others, from phone calls to SMS text messages to email to that “pretty unique” multilingual AI chat bot.

Sopourn is keenly aware of the reputation his industry has, and he understands why consumers have such a negative view of it. That public perception is a significant motivator driving his desire to be a good neighbor with community-minded efforts.

“For Giving Tuesday, a percentage of what the collectors collected that day over the phone in payments was donated back to one of our local hospital foundations,” Sopourn notes.

In fact, Sopourn is currently preparing to roll out a new initiative that connects those they’re seeking payments from with job opportunities if they’re actively seeking work but having a hard time securing it.

“‘Collections’ just has a bad connotation, and I understand it,” Sopourn concedes. “As an agency, you try to change that conception, and give back to the community. … One of the things on my radar is being the agency that helps consumers who are not employed find employment. So if I’m speaking with someone who has a bill and says ‘I can’t pay that, I’m unemployed,’ we can find out if they’re looking for employment and, if they are, provide them a weblink that will help them create a resume and get them in front of employers who might be hiring for a position they would like.”

It’s all part of how Sopourn tirelessly works to set Capital Collection Services apart from its competitors.

“We’re able to provide the benefit of a large corporation’s capabilities and stability, coupled with the flexibility and responsiveness and dedication to quality typically associated with a small business,” he affirms. “One of the things we always hear back from our clients is about the speed with which we’re not only able to get their money back, but the speed at which we can reply to their requests for seemingly difficult-to-provide items.”