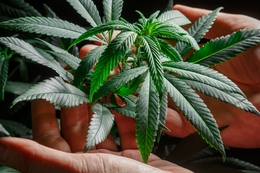 âMoving in the Right Directionâ
As many eagerly await the adult-use recreational marijuana sales voters overwhelmingly approved in November 2020, experts in the emerging industry explain that what seems like a delay is actually regulatory diligence.Â

More than a year later, there’s still a strong demand for that market that remains unsatisfied with the state industry seemingly behind schedule once the previously suggested Feb. 22, 2022, target date for recreational sales came and went. Medicinal dispensaries—or alternative treatment centers—have been bolstering supplies and adding staff to accommodate the anticipated addition of recreational sales while recreational sellers are trying to get their business licenses and set up shop.

Frustrating as that delay is for potential consumers, experts note that a 16-month lag between voter approval and the advent of recreational marijuana sales isn’t so much indicative of a roadblock as it is a sign that entities like the nearly year-old Cannabis Regulatory Commission (CRC), advisory associations, municipalities and state legislature are exhibiting the attention to detail that establishing a nascent industry deserves.

“We have accomplished a lot in the 10 months since the CRC was established: wrote the industry rules, set up a new application platform and begun accepting applications, even as we are staffing the agency,” Jeff Brown, executive director of the CRC, noted at a meeting earlier this year. “We are as eager as everyone else to see dispensaries open for business—and they will be soon. We are also committed to ensuring that the market opens responsibly, with the broadest accessibility possible, and without sacrificing patient supply.”

“When you look at the legislative and regulatory intent, it has always been to make sure that communities most negatively impacted by the war on drugs … and Jersey businesses as a whole benefit from legalization,” adds Edmund DeVeaux, president of the New Jersey CannaBusiness Association (NJCBA), an organization committed to helping the state create a responsible and sustainable cannabis industry. “To me, if you flipped the switch yesterday, then all of those that were supposed to have benefited would not have been in a position to immediately benefit from legalization.”

DeVeaux has long been watching and involved in legalization’s hard-fought journey in New Jersey, which began well before medicinal marijuana was legalized 12 years ago. He describes that “cannabis economy timeline” as a four-phase process of criminalization, weaponization, legalization and normalization.

The first phase began nearly 90 years ago, when national law enforcement and leadership criminalized cannabis “not for public health and safety reasons but because of who used it,” who DeVeaux notes were stereotyped as minorities and artists. Those lingering negative effects were amplified by the drawn-out second phase, where criminalization laws “were used directly to harm certain communities in this country,” particularly poor people, people of color and the anti-war movement. The third phase has spanned the past two decades as cannabis has been legalized state by state, as well as diminishing its social stigma by expunging certain marijuana-related crimes from individuals’ records.

DeVeaux’s goal is enshrined in the final phase. He notes that pushing legalization ahead at a deliberate speed ensures that protected groups—namely “minorities, women and disabled veterans”—that have been historically harmed by both criminalization and weaponization are getting the helping hand they’re owed. After decades of being most frequently victimized by punitive marijuana laws, those groups have been granted priority in business applications and licenses as recreational cannabis becomes a viable, legal business.

No matter their place in the priority hierarchy, dispensaries must meet three key requirements when applying for a recreational-sales license: prove their retail space can accommodate both medicinal and recreational business, prove they still have enough supply to meet patients’ needs first, and receive written permission from the municipality in which they’re looking to establish their business.

Each of those requirements presents its own challenge, though none are more visible and communal than seeking a town’s written approval to operate there. That green light requires ordinances, resolutions and public comment sessions at town council meetings, where many residents have voiced their concerns over dispensaries coming to their towns—and, according to Brown, a lack of municipal approval is most often the reason for an incomplete application.

“There are a lot of people who have a lot of feelings about cannabis, whether those are accurate feelings or whether they’re borne out by scientific evidence,” notes Sheila Mints, chair of Capehart Scatchard’s cannabis law group. “Some portion of the burden associated with implementing cannabis was placed on the municipalities, and each municipality had to make that initial decision about whether they would opt in or opt out. … It has been very much one of those NIMBY [not in my backyard] situations.”

In addition to resident pushback, both Mints and DeVeaux point out that many towns decided to opt out of allowing dispensaries, partly because they can decide to opt in later but also because of the uncertainty surrounding what they’re being solicited to allow when the parameters of recreational sales were still being hashed out.

“They had to either opt in or opt out, but they had to do something,” DeVeaux explains. “Their biggest concern was, ‘You’re asking us to do something without seeing regulations,’ and that created the sentiment that they should opt out because they had nothing to base their decision on.”

But those in the budding industry believe a little firsthand experience is a crucial step in dismantling some of those regulatory hurdles born of misunderstanding, as marijuana misinformation remains rampant. “If you have not been to a dispensary, you should really go and see one,” says DeVeaux. “We encourage municipal leaders to reach out to my association or the owners of the dispensaries and see how well-run they really are.”

There’s also the inherent difficulty of bringing an industry that might be legal at the state level into harmony with federal law, where it remains a Schedule 1 narcotic.

“We’re just trying to create a structure to implement and regulate a substance that is still illegal at the federal level and is not legal in every state,” Mints points out. “It’s created another little piece of administrative hell for anybody who wants to go into this business. You have to find a property that is within the exact right zone where the landlord is OK with leasing to a cannabis retail facility. But since cannabis is illegal at the federal level, if the landlord has a mortgage, the mortgage banks are all regulated by the federal government, so many of the mortgage banks do not allow a tenant that’s concerned with what they consider illegal activities.”

Beyond the practical application of bringing recreational sales to fruition, secondary elements of legalization need to be considered, too. As of press time, the CRC had hosted two of its three legally required public hearings to seek input from North, Central and South Jersey residents to take their suggestions for how funds from cannabis fees and fines should be allocated to social equity projects.

“Social equity is woven through every part of the recreational cannabis market in New Jersey, including ensuring revenue is used to bring economic development and social resources to our most challenged communities,” CRC Commissioner Krista Nash said in a press release.

In late February, Gov. Phil Murphy noted that recreational marijuana sales have a strong chance of coming to fruition this month, though he’d “rather be right than fast.” But even if they don’t, those entrenched in the business of cannabis are optimistic that an industry predicted to be worth at least $2 billion in two years won’t be delayed for much longer.

“There are a lot of people who probably would have liked recreational cannabis yesterday but when it comes to the timing issue, I’m not disheartened,” says DeVeaux. “Things are moving, and they’re moving in the right direction.”