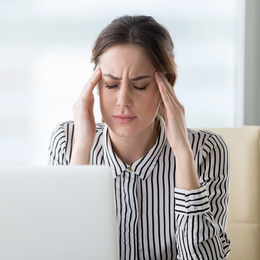 Payment Required
What employers and employees should know about the new state-mandated Paid Sick Leave Act.

Employers may not love it when their employees call out of work with a case of the sniffles, but most are more than happy to provide ample sick time. However, changes were made to New Jersey that impose new regulations on the amount of paid sick leave that employers are now state-mandated to provide, as New Jersey’s new Paid Sick Leave Act went into effect in October.

Ralph R. Smith III, Esq., shareholder and co-chairman of the labor and employment group at Capehart Scatchard, explains that under New Jersey’s new Paid Sick Leave Act, employees are entitled to receive one hour of paid sick time for every 30 hours worked, and up to a maximum of 40 hours in a given benefit year. Employers may also fulfill this obligation by providing employees with 40 hours (or five days) of PTO at the beginning of a given benefit year, provided that those days can be used for the allowed reasons under the new law.

“This statute is different from other leave laws that are based upon either an employee’s or family member’s illness for several significant reasons. Employee leave as required under other laws, such as the FMLA or the NJFLA, is unpaid. … So the employer has no obligation to pay the employee while out on such a leave,” he explains. “The new law now requires payment for the time out of work of up to 40 hours.”

According to Kimberly L. Russell, Esq., principal and member of the commercial litigation and employment departments for Kaplin Stewart Meloff Reiter & Stein, PC, another welcome pieceof news for employees is that they can carry the paid leave time over into the next year. “It allows employees to build up a bank of time off, so that if they or a family member were affected by a serious illness, they’d have a little bit more paid sick time to use,” she says. “A lot of employers don’t typically allow employees to carry over their unused days—they want employees to use the time they’re given—so that’s going to be a big difference for some local businesses.”

New Jersey is now the 10th state to enact a statewide mandatory sick leave law. “From an employer perspective, employees are going to take this time whether an employer wants to approve it or not—so an employer should view it as a way to maintain more control over the workplace and hopefully reduce the amount of call-outs they’re going to get,” Russell adds.

Previously, 13 of New Jersey’s municipalities maintained their own sick leave laws, and according to Julie Kinkopf, Esq., partner in the employment law group for Weber Gallagher, the majority of those municipalities were located in North Jersey. “This act overrides all of those other laws, so now we have one law to cover the entire state,” she explains.

One of the other big changes in the law is that it features a broad anti-retaliation provision; laws like the FMLA also have provisions in place to stipulate that employers may not take retaliatory or discriminatory action due to an employee’s use of their sick leave time. However, New Jersey’s paid sick leave law goes further by establishing a rebuttable presumption of unlawful retaliation if an employer takes adverse employment action within 90 days of an employee’s protected activity under the law.

“What’s different about this law is that if an employee engages in any of these protected activities, which include filing a complaint with the Department of Labor or informing fellow employees of their rights under the new act, and something happens regarding their employment status within 90 days, then the presumption will bemade that they were being retaliated against. … And that’s really new,” Kinkopf says.

Additionally, while the new law is technically being referred to as a sick leave law, the reasons for allowable use extend beyond just an employee coming down with a cold or the flu. An employee may now take the paid time for reasons including care for covered individuals who were the victim of domestic violence, a closure of a school or childcare facility due to an epidemic or other public health emergency, and even attending a required school function or meeting concerning a child’s mental health condition or disability.

“The law is designed primarily to assist workers so if they need to be absent from work for one of the specified reasons in the act, they will get paid for that time,” Smith explains. “In thepast, an employee would often pass up the chance to go to a school conference—or not get treatment or stay home while ill—because they couldn’t afford to miss the time from work and the associated earnings that would be lost.”

For South Jersey employers, attorneys recommend taking steps to ensure that previous PTO and sick time policies have been received and updated to meet necessary compliance obligations. Smith advises employers to make sure that they designate the required benefit year immediately, and if the company already has an accrual-based PTO/sick time system, that the methodology used in the policy meets the law’s new accrual rules and allows for employee usage in line with the expanded statutory definition of “sick” time. “The law similarly allows an employer to set a 120-day moratorium on sick time use after accrual, so that might be something employers may wish to consider as part of implementation efforts,” he adds.

Employers are also impacted by this new law when it comes to their record-keeping requirements. Kinkopf explains that employers will now have to track how many hours their employees work—and how much sick leave they ultimately take—and keep those records for at least five years. “There are some questions as to how employers should keep track of employees such as the salary-exempt worker. ... The New Jersey Department of Labor and Workforce Development is still working on some of the regulations for the new law, so employers should stay tuned,” she advises.

Smith also notes that the law went into effect without any formally issued regulations from the NJDOL—and there are a number of other aspects that still need to be addressed. “Unfortunately, there are many unanswered questions in the law about how certain aspects of it are to be administered by employers,” he says.

According to Smith, some of the un-answered questions revolve around whether employers should keep time records for exempt employees for accrual purposes; what happens to time carried over by employees that exceeds the 40 hours that employers must provide each year; and how the law impacts already accrued sick time by employees under existing employer paid sick time/PTO policies.

“These are very important issues that unfortunately are not addressed in the statute or in the proposed regulations in their current form,” he concludes. “Because a lot of these issues are continuing to evolve, the wisest thing that employers should do is seek legal guidance as part of their efforts to bring current existing PTO/sick time policies into legal compliance.”