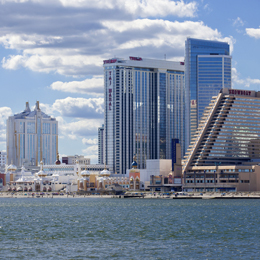 Change for the Better
Continued growth and change are making an impact on Atlantic City and showing itâs the place to work, live and play.

On the west side of Atlantic County is Hammonton—known for its lush agriculture and wineries—and on the other side of the county is Atlantic City— known for its nightlife and famous Boardwalk. On paper, one wouldn’t think the two towns have anything in common, but that couldn’t be further from the truth. Both are going through revitalizations; adding new infrastructure, numerous businesses—large and small—and restaurants to areas in the towns that need a change and life brought back to them. And so far, it’s been successful. Both towns, as well as the rest of the county, are being recognized for their efforts and making Atlantic County a destination.