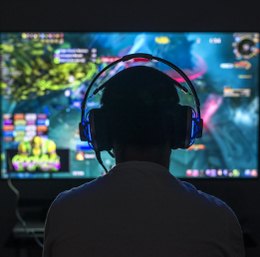 The Case of Net Neutrality
Will local businesses be impacted once the FCCâs repeal of net neutrality goes into effect next month?

Come April 23, the internet is bound for a new era as net neutrality will cease to exist following the Federal Communications Commission’s (FCC) 2017 repeal of the 2015 Obama-era protections. In response, more than 20 states have filed a lawsuit—as early as January 2018—to stop the repeal.

As of press time, Washington state became the first state to pass a law in protection of net neutrality, which is said to go into effect this June, while other states—including New York and Massachusetts—have also proposed similar bills as a means to keep the principles of net neutrality intact.

Yet, as the telecom industry and its consumers gear up for a “new” internet, some local businesses worry about how this decision will affect them now and in the future. Fortunately, key  tech companies in our area speak to the issue and assure leaders not to worry—yet.

What Is Net Neutrality?
With so much back and forth on the issue, net neutrality  has been shrouded in confusion—not to mention a very politically charged conversation. To put it simply, it’s a set of rules intended to keep the internet open and fair, wherein internet service  providers (ISPs)—like Verizon and Comcast—are prohibited from speeding  up or slowing down traffic for specific websites and apps. With said rules in place, each site and app has its fair share of connectivity, allowing a consumer to openly surf the web with no restrictions.

“Net neutrality is an ideology that believes that everything attached to the internet should be treated equally with no favorable treatment  given to one service or use over another and that the management of this treatment should be controlled by government,” explains Jerry Caruso, VP technologies at Networks Plus LLC.

“If you are locked into one ISP for instance—in the case of our company,  for a while we were only able to get Comcast and we weren’t able to get Verizon—and Comcast decided [hypothetically]  they weren’t going to allow us to get Amazon, then we wouldn’t have any way of getting [that] unless we used a different provider, somewhere else ... if we didn’t have access to it here,” he adds.

“Local businesses have reason to worry if their ISP is going to pick and choose what they can see and what they can’t or how fast they can see certain things and that’s become even more important when you’re talking about video streaming,” Roberts continues. “A lot of cord cutters are moving away from cable and are choosing to do Netflix, Hulu or HBO GO, and if Verizon decides they don't want you   to pay HBO directly ...  that’s their prerogative if they want to do that, without net neutrality in place, of course.”

The Repeal of Net Neutrality
As far as the decision to repeal it, Ajit Pai, the chairman of the FCC, has publicly stated that the decision was pitched so the federal government could stop “micromanaging the internet.” As for internet providers, the likes of Verizon, Comcast and AT&T have all responded to the news of the FCC’s decision.

“At Verizon, we continue  to strongly support net neutrality and the open internet. Our company operates in virtually every segment of the internet. We continue to believe that users should be able to access the internet when, where, and how they choose, and our customers will continue to do so. We are also confident that the FCC will reinstate a framework that protects consumers’ access to the open internet, without forcing them to bear the heavy costs from unnecessary regulation that chases away investment and  chills innovation. We look forward to reviewing the draft order after it is released.”

Bob Quinn, AT&T’s senior executive vice president of external & legislative affairs, also spoke out adding, “For more than a decade, under both Republican and Democratic administrations, AT&T has consistently made clear that we provide broadband service in an open and transparent way. We do not block websites, nor censor  online content, nor throttle or degrade traffic based on the content, nor unfairly discriminate in our treatment of internet traffic.

“In short, the internet will continue to work tomorrow just as it always has,” Quinn adds. “Despite the existence and the enforceability  of all of these commitments, we have, since 2010, also repeatedly called for a non-Title II legislative solution that would make these consumer protections permanent. We continue to support a legislative solution and will work with any interested  members of Congress to achieve that solution.”

As far as Comcast, the company issued  a statement on their website, which stated it’s committed to an open internet. “We do not block, slow down or discriminate against lawful content. We believe in full transparency  in our customer policies. We are for sustainable and legally enforceable net neutrality protections for our customers.”

While it’s been said net neutrality makes the internet a “free market,” some say the repeal will do the exact opposite. “It's a very complicated concept that most people don’t really understand because they’re not in the business or they don’t have a good analogy to put it [toward] to understand what that means,” says Roberts of this double-sided argument.

“Everybody else who is creating content on the internet is going to be subject [to] whatever the ISPs want, so that’s actually the   opposite of a free market in a sense for [anyone] who wants to create content that  allows technical ISPs to decide what people see [it] and if it’s up to their own discretion that could be used for a variety of purposes,” he adds.

In contrast, Caruso notes, “the net neutrality regulation was implemented in 2015, over  20 years since the invention of the World Wide Web. During that entire period small and large businesses alike enjoyed it—some flourished in it. Even before business understood what the ‘www’ was or how to monetize it. “Not much changed in the two years we were under the regulation,” he counters. “In the short term, not much will change now that is has been repealed.”

What Happens Next?
While the repeal may be alarming, experts agree there is no immediate cause for panic. The changes are not immediate and could, in fact, take a few years to surface. It may result in an increase of pricing to maintain the same speed and unlimited access, but as of now, it’s impossible to know its true impacts, yet local businesses need to become aware and plan for the future.

“Until something actually starts happening, where ISPs start   to use this power, there is  nothing to worry about yet,” assures Roberts. “It’s more of a potential [and] what’s coming down the road because information no longer being free could be an issue—especially for up-and-coming businesses who are trying to get into a playing field.

“If you’re a local business that’s trying to compete with someone larger, and the ISPs decide that they would rather have the larger person be the dominant player, then that’s working against you,” he adds. “Right now, it seems to be a bit of a wait-and-see approach.

“The only thing that I could say that we could tell people is to look at what their ISP options are [and] if for some reason in the future their current ISPs decide to do something that they don’t   want, maybe they can switch,” Roberts continues. “A lot of people only have one option where they are, which makes this so controversial because if their one option decides to do something they’re not happy with, they have no recourse.”

Caruso adds that just like businesses are able to bid for access to specific search terms, the same could possibly happen with internet traffic. “Down the road, businesses will be given the opportunity to prioritize internet traffic in a way that best suits their needs,” he says. “Does this mean some will pay more to have their web traffic placed first in line? Perhaps. Does this give some businesses an advantage over others? Definitely.

“However the real question is: Is this an unfair advantage? Most likely not. Businesses today bid for access to  specific search terms. Are not deeper pockets advantaged because of this? Why is there is no cry for ‘Search Term Neutrality’ legislation?

“At the end of the day access to internet is not a right but a service,” Caruso adds. “We have government to protect our rights. Service can only be guaranteed by the mother of all inventions: need.