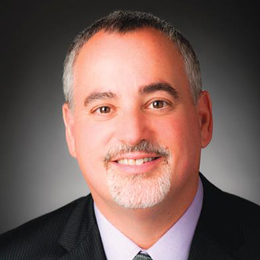 K.C. Isdaner joined The Bloom Organization in 1996 and spent several years as vice president before being appointed chief operating officer in 2008. He is responsible for the firm’s day-to-day operations, activities and communication between all departments. In his position, Isdaner directs short- and long-term planning efforts, leading the team to achieve its goals and maintaining the company’s core principles.

A long-time resident of South Jersey, Isander is highly active in the community, both professionally and personally. His involvement includes participation with several business associations and strong support of nonprofit organizations, including the Jewish Federation of Southern New Jersey, the Jewish Community Foundation and Jewish Community Properties.

In 2015, he was honored with a Lifetime Achievement Award from the Katz JCC, where he has served as president and was a board member for more than 20 years. This month, Isdaner shares with us the five things he wishes he knew when he started out:

1. It’s good to have a career path, but important to remain open to change. An opportunity may arise when you least expect it.

3. All glitter isn’t gold. Whether a person, place or thing, look closely and beyond the surface.

4. Always find time for family. From special occasions to everyday moments, there is nothing more important.

5. One person’s attitude or reaction, no matter how negative, should not determine the outcome of another’s decision. What does that mean? Far too often a quick, harsh response can result in altering an otherwise positive course of action. Listen carefully, evaluate openly and decide fairly.