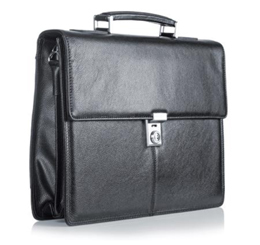 Inspira Health Network announced the Inspira Innovation Center, a center that commits the network to excellence and technology throughout South Jersey. Along with the center, Inspira is creating the Inspira Innovation Fund, a milliondollar fund that will help create programs, scale innovations and other projects. The center will be added to the long list of Inspira networks, including three hospitals, urgent care facilities, specialty health centers and more.

Cooper’s Poynt Waterfront Park officially opened in Camden. The park includes multi-use trails, a new playground and new lighting. The trails connect to the Circuit Trails, a set of trails throughout the region. Planning for the park began in 2008, a year before demolition began at the waterfront. The park was paid for by the Wells Fargo Regional Foundation, William Penn Foundation, the state Department of Community Affairs, the Fund for New Jersey and the Camden Economic Recovery Board.

The Weisman’s Children’s Rehabilitation Center in Marlton opened a new inpatient pulmonary unit that caters to those with complicated needs. The new unit holds four beds and provides around-the-clock care. The unit accepts patients who have more complex needs, requires more attention from nurses and therapists and more observation than the systems that they are currently using.

The New Jersey Economic Development Authority began accepting applications for the New Jersey Technology Business Tax Certificate Transfer (NOL) Program.
The NOL Program allows NJ-based technology and biotechnology companies to sell net-operating losses and tax credits to unrelated corporations for about 80 percent of their value. The companies looking to apply for this program must qualify for it, be unprofitable and have less than 225 U.S. employees. Applications can be found at NJEDA.com/NOL.

Spanish veterinary pharmaceutical company HIPRA has bought 25 acres at the South Jersey Technology Park at Rowan University. The land will be used to create its North American headquarters. The company creates vaccines for animal health and plans on using the property for research, development, manufacturing and distribution of its items. Construction will begin once the company receives approval from the township.

The private sector in New Jersey lost 14,000 jobs in May while the public sector managed to add 900 jobs in that month. Even with the layoffs, the unemployment rate in New Jersey managed to stay at 4.1 percent, which is below the national average of 4.3 percent. The business and professional services had the biggest decline with the loss of 9,000 jobs.

According to the National Low Income Housing Coalition and the Housing and Community Development Network (HCDN) of New Jersey, New Jersey is the sixth most expensive state to rent property. HCDN is campaigning to have state officials invest $600 million for housing that is more affordable for residents. In the state, Hunterdon, Middlesex and Somerset are the most expensive areas while Cape May, Warren and Cumberland are the most affordable counties.

Gloucester County received the fifth highest grant award in the state to continue the Clean Communities Program. The New Jersey Department of Environmental Protection gave the county $136,881. The program helps organizations make a commitment to clean up designated areas over the course of two years through the Adopt-A-Road and Adopt-A-Spot programs. Adopt-A-Road is aimed at young adults and adults while Adopt-A-Spot is aimed at children in grades K-8.

State Senate President Steve Sweeney and Assembly Speaker Vincent Prieto announced they have reached a deal to provide an additional $125 million in state aid for public education. Whether Gov. Chris Christie and the Republican leadership will agree remains to be seen.

The Economic Development Authority (EDA) has approved an $18.3 million tax break for a Camden waterfront hotel proposed by an investor group affiliated with George E. Norcross III. Earlier this year, the EDA backed a $245 million tax break for a waterfront office tower as well as a $3 million low-interest loan for the eight-story hotel at Cooper Street and Riverside Drive.

The Mount Laurel Center for Rehab and Healthcare will close its doors after it was decertified from participation in the Medicare and Medicaid programs by the Department of Health and Human Services (HHS). The 220-bed facility filed a notice with the New Jersey Department of Labor and Workforce and will eliminate 323 jobs.