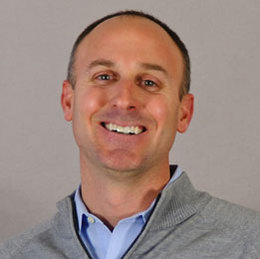 Barbara Ciaramella and Russell Micoli were named vice presidents of Kennedy Health System. Ciaramella is vice president of Product Lines, and Micoli is vice president for Ambulatory Services. Both Ciaramella and Micoli had previously worked at Kennedy for many years, returning to the health care organization in new, expanded roles. Ciaramella will be responsible for overseeing the daily operations of several key ambulatory facilities and service lines. Micoli will be responsible for the organizationâs acclaimed Behavioral Health Services, as well as Family Health Services, Home Health Care, and the Early Intervention Program.

Neurologist Dr. Madeline Chadehumbe joined Gibbsboro-based The Center for Neurological and Neurodevelopmental Health to help launch a state-of-the-art Headache Program, in addition to helping all types of patients. Chadehumbe received her medical degree from the University of Zimbabwe, did her pediatric residency at Michigan State University, and completed her child neurology fellowship at Cincinnati Childrenâs Hospital.

Kenneth J. Stephon was named the new president and CEO of Audubon Savings Bank. Formerly the CEO of Liberty Savings Bank in Pennsylvania as well as CFO and founding member of Hyperion Bank in Philadelphia, Stephon will lead Audubonâs three branches in Camden and Burlington counties.

Ancero, one of the largest managed service providers in the region, announced the appointment of Yvonne DâAmelio as president and CFO. She most recently was the COO for the Healthcare Businesswomenâs Association, where she provided the technology vision to grow the operational platform to support more than 6,000 members and 120 corporate partners. Before that, DâAmelio was a principal and CFO from 1997-2010 at Vox Medica, Inc., one of the top 50 health care communication companies worldwide.

Jay Winkler (pictured), partner and creative director of Idea Lab, Inc., a marketing firm in Moorestown, bought controlling interest in the company. After buying Jack Paolinâs shares, Winkler is sole owner of the company. Paolin, the founder, will have an office in Idea Labâs new location and stay on as a consultant.

Bancroft, a New Jersey-based nonprofit and leading provider of brain injury rehabilitation and neurological evaluation and therapies, partnered with Capital Health to provide neuropsychological evaluations at the Capital Institute for Neurosciences located at Capital Health Medical Center â Hopewell. Patients who seek treatment at the Institute benefit from a multidisciplinary team of specialists who provide continuum of care, from diagnosis and evaluation to treatment and recovery.

Ronald Lieberman, Esq., of Adinolfi & Lieberman, PA, recently received a reappointment to serve a second term on the Family Practice Committee by the New Jersey Supreme Court. His new appointment will extend until 2015. The Family Practice Committee provides the New Jersey Supreme Court with recommendations concerning the Rules of Court as they relate to the practice of family law.

Goodwill Industries of Southern NJ & Philadelphia honored Virtua President and CEO Richard P. Miller with its coveted Helms Award at its Goodwill Proud Awards Breakfast last month. Miller was recognized for his many contributions to the South Jersey community, such as clinical alliances formed with Fox Chase Cancer Center and The Childrenâs Hospital of Philadelphia (CHOP). With more than 8,400 employees, Virtua is South Jerseyâs largest employer.

Jeffrey Alan Kerstetter was named a partner at The Law Offices of Lynda L. Hinkle, LLC. Kerstetter, an associate at the firm since 2010, focuses his practice on family law, particularly divorce, military divorce, and child custody and support out of the Marlton office. In addition to his work at the firm, Kerstetter is on the Board of Directors of Genesis Counseling Center, is active in animal causes, and is an involved alumnus of Rutgers School of Law â Camden.

In recognition of completing the largest higher education merger in U.S. history, The Camden County Improvement Authority (CCIA) , together with Rowan University and other transaction participants, received The Bond Buyerâs National Healthcare Financing âDeal of the Yearâ award for 2013. Parker McCay served as bond counsel to the CCIA/Rowan as part of that transaction.

Medford Lakes resident J. Denny Shupe became a fellow of the American College of Trial Lawyers, one of the premier legal associations in America. The induction ceremony took place recently before an audience of approximately 900 during the 2013 Annual Meeting of the College in San Francisco, Calif.

Voorhees resident Donna Bell was recently elected president of the Katz JCC Board of Directors at the JCCâs Annual Meeting. Bell has served on the JCC Board for 10 years as a vice president and member of the Executive Committee. She has been honored by receiving the prestigious Alan Klein Next Generation New Leader Award, the Daniel Toll Award, and the Sidney Levy Volunteer of the Year Award.

Real estate agent Val Nunnenkamp of Berkshire Hathaway HomeServices Fox & Roach celebrated 30 years with his top 50 clients for 2013 at a celebration last month at the Capital Grille in Cherry Hill. Nunnenkamp was presented with a Congressional Proclamation by Loretta Runyan on behalf of her husband, U.S. Rep. Jon Runyan.

Jeffrey Higman, a certified pedorthist at Carlâs Shoes in Moorestown, earned a BOC Orthotic Fitter Certification. Higman also became an affiliate member of the Fellowship of the American Academy of Orthotists & Prosthetists, a nonprofit organization dedicated to promoting professionalism and advancing the standards of patient care through education, literature, research, advocacy and collaboration.