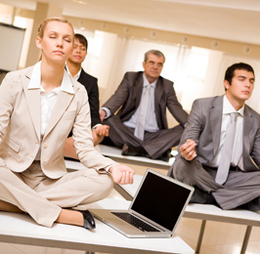 For Brian McCann, chief financial officer of OnPath Technologies, fitness is a major part of his work life. If he doesnât work out at least three times a week, McCann knows heâll be less energetic and slower at the helm of the Mount Laurel-based high-tech firm.

While not all of OnPathâs employees share McCannâs philosophy on fitness, the companyâs new bonus-based wellness program is quickly making believers among his team of software programmers. While one worker will earn an extra $500 for quitting smoking, eight others will do so by drinking three liters of water daily. Nine employees are on target to lose 10 percent of their body weight, while 14 will get extra pay for completing 5-K races in less than 40 minutes.

Since OnPath rolled out its innovative program in January, an astounding 81 percent of the 60-person workforce has made major or minor lifestyle changesâall leading to better health. Although OnPath is not paying any less for its employeesâ health insurance, McCann says the benefits are substantial, including improved morale, camaraderie and productivity.

âYou canât put your hands on a dollar amount,â he says. âBut you see it with the pace that they walk down the halls and the energy [with] which they attack problems.â

As the economy improves, itâs likely more South Jersey companies will start offering more substantive wellness programs, following a national trend. After all, the relationship between wellness programs and healthcare costs is well established: a healthier workforce means both lower coverage costs for the company and reduced out-of-pocket expenses for employees. Obesityâon the rise across the United Statesâcarries associated health risks including diabetes, breast cancer, coronary heart disease, sleep apnea and colon cancer, among other dangerous and costly conditions. But a study by the U.S. Department of Health and Human Services shows that a dollar invested in wellness yields up to $4.90 in health and absentee savings for employers.

As a result, 74 percent of U.S.-based employers now offer wellness benefits, according to a study of health promotion and workplace wellness strategies by Buck Consultants. As these wellness programs continue to grow, so has the amount businesses are willing to spend on those employees who participate, according to HRMorning.com, a website for human resources executives. In 2010, companies invested 35 percent more on average (about $220 per employee) on wellness programs than in 2009. Wellness rewards, like those used at OnPath, are on the rise as well. Some 11 percent of U.S. employers now spend more than $500 per worker on such rewards, according to HRMorning.com. Companies that spent the most on such programs reported investing nearly $3,000 per employee.

Locally, wellness plans with built-in bonuses for lifestyle changes are still rare, says Shay Cowan, a partner at Cherry Hill-based Katz/Pierz, which develops benefits programs for small and mid-sized companies. While offering gym memberships, cholesterol screenings and the like may ward off some serious and costly ailments, the return on investment isnât immediate. Employers would likely see results, in terms of fewer employers requiring costly medical services and prescriptions, within two to three yearsâ time, Cowan says.

In addition, itâs not enough to simply roll out wellness benefits, he says. Unless the company makes the health of its employees a priority, workers are less likely to take advantage of such services. In OnPathâs case, for example, the companyâs weigh-ins and updates are monthly events, with results posted prominently. A nurse visits every six months to check cholesterol. And if more than half of all team members achieve their objectives, each participant receives an additional $250âa bonus that inspires even greater teamwork. If they can match the CEOâs weight loss percentage and finish a 5-K, regardless of their time, theyâll receive another $100. In addition, theyâve started weekly group runs.

The key to all that has been the employerâs willingness to take the lead. âUnless they put money behind these programs, theyâre not seeing the success,â Cowan says.

Elsewhere in South Jersey, wellness plans vary greatly, from the broad array of programs Cooper University Hospital offers its 4,000-plus full-time employees, to a more modest but equally persuasive approach offered by Jet Pulverizer, a Moorestown-based business that offers âwell dayâ bonus pay (instead of sick pay) and free annual physicals to its workers.

In between, many companies offer gym reimbursements administered through their health insurance plans. Oxford Health users, for example, can get back up to $300 every six months, depending on their plans, if they go to the gym at least 50 times. AmeriHealth offers as much as $300 annually for fitness programs. In addition, the company last year rolled out a Visa credit card that lets users earn double points for certain health- and wellness-related expenses, such as copays, prescriptions, eyeglasses and sporting goods.

At Cooper, in addition to the $300 reimbursement offered to employees for gym membership, employees can be reimbursed for special classes offered to help with specific health issues, ranging from weight loss and diabetes management to smoking cessation. Furthermore, popular Weight Watchers programs offered at hospital sites are fully reimbursed if participants reach their goal weights. From April through December of last year, employees enrolled in the program lost a total of 1,016 pounds, says Kathleen Von Der Hayden, administrative director of human resources. Some individuals dropped more than 50 pounds.

âThe return on investment of wellness programs is definitely there,â says Von Der Hayden, who works out six days a week, thanks to her gym reimbursement. âProductivity increases, absenteeism goes down, employees are in a better state of mind and it helps with stress. We want to keep our employees healthy.â