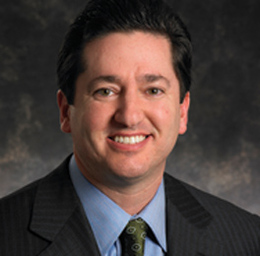 
by Samantha Melamed
Marlton-based Hill International is the third fastest-growÂ­ing comÂ­pany in New Jersey. Itâs growÂ­ing so quickly, in fact, that itâs hard to pin down president and chief operating officer David Richter on just how large his staff, spread across 90 worldwide offices, really is. âWeâre at 2,600 peopleâbut it will probably be around 3,100 by the time this story comes out,â he said in a recent interview, explaining, âWeâre buying a company in Brazil.â Since its 1976 founding, the construction management firm has worked on projects ranging from the New York New York resort in Las Vegas to the Oyster Creek Nuclear Power Plant. All told, theyâve managed, turned around, mitigated risk or otherwise consulted on more than $250 billion in construction projects. Richter, a member of the Young Presidentsâ Organization and a trustee of the Southern New Jersey Development Council, shares what heâs learned from 15 years with the family business.

Proudest business achievement: Helping take Hill public five years ago. We were a small company for a long time, a family-run business. I joined the company in 1995. They had about 200 employees doing about $20 million a year, and about 95 percent of our business was in the U.S. Over the next 10 or so years, we really grew. Last year we did about $450 million in revenue, so we grew revenue-wise over 20-fold. As a private, family-held business there was no way to fund that growth internally, so we really had to go public to access the public capital markets. We would talk to friends or clients and get the âYeah, sure, rightâ response and the rolling of the eyes, but we saw it as a critical part of our long-term strategic plan.... We went public in 2006, and two years after that we moved to the New York Stock Exchange. Itâs been a real boon to our business.

Outlook on risk: What you hear the most about entrepreneurs is that theyâre risk-takers. I have always had the opposite view: that entrepreneurs are risk avoiders. They know how to mitigate risk and get around it. We try to take very few risks. Obviously weâre a very fast-growing company, and weâre operating in 30 countries around the world right now. Weâve been asked many times: âWhy go overseas? Isnât that risky? Why grow? Why go public?â But we have the opposite view. Being bigger helps us avoid risk. Being a publicly held global company helps us avoid risk, and thatâs really how weâve developed and grown the business.

Biggest management challenge: The biggest challenges are people issues. Another key to our growth is we hire very good professionals in our company: high quality, client-focused people that do very, very high-quality work. Hiring can sometimes be hit or miss, and no matter what your hit rate youâre going to hire some people that donât work out. Being able to quickly adjust and respond when people donât work out is very important.... You probably know within a week or two after someone has joined your company whether theyâre going to succeed.

Corporate culture: One of the most important things is integrity. If the top-level people at the company donât have that, then it affects the entire company.... Also, for a firm like us itâs all about the client. Thereâs that old joke, âIf youâve got three calls simultaneously, and oneâs your boss, oneâs your wife and oneâs your client, what do you do?â The clientâs the call you take. The client is the most important. Theyâre reason weâre in business. And the third thing is having a growth culture.... A company has to grow to thrive, so weâve always had from day one a culture of growth in the company, and thatâs certainly paid off. Weâre the fastest growing firm in North America in the construction industry, and you donât get to that without those three tenets: integrity, client focus and a growth culture.

Management philosophy:?The worst thing you can be in our business is a micromanager, so my management style is to hire the best people I can find, give them the resources and the authority that they need to succeed, and then get the hell out of their way.... If the CEOâs a micromanager, there wonât tend to be too many high-quality managers under him.

One lesson is: You donât get what you donât measure. If youâre not measuring quantitatively all the aspects of your business, thereâs no way to improve upon it.

In his briefcase: Thereâs two things I have to read constantly: The Wall Street Journal and Forbes Magazine. I have an iPhone, an iPad and, other than the computer on my desk, not much more. Iâve stopped using a laptop because the iPad is so convenient. And itâs also helpful because at home my [four daughters] are always on the computer, so I can never get on it.