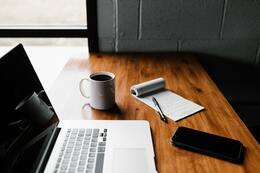 Malamut & Associates recently announced that Justin Callow has joined the firm, bringing his extensive experience with workers' compensation and employment law to the firm.

Late last month, John A. Mayshura was promoted to chief financial officer of Century Savings Bank. He had previously served as the bank’s vice president/manager of accounting.

Bruce K. Foulke, president and CEO of American Heritage Credit Union, has been named Credit Union Executive of the Year by American Banker for both his professional leadership and his efforts throughout 2022 supporting the individuals impacted by the war in Ukraine.

Franklin Bank announced late last month that Otis J. Sistrunk has been appointed to the bank’s board of directors.

The Alice Paul Institute recently welcomed some new faces to its board of directors. Dr. June Deponte Sernak has been appointed board chair, making her the second woman of color and the first person descended from indigenous people to serve in this role. The nonprofit has also named Dr. Keturah Harris, Kate Kelly, Esq., and Dr. Shawn Thomas to its board as members.