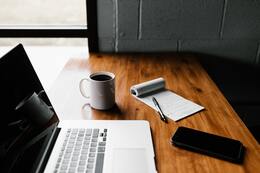 12,438
The number of recreational cannabis customers the state’s 12 participating dispensaries sold to on New Jersey’s first day of legalized adult use. The total in gross sales for April 21 was about $1.9 million.

3,660
How many feet of aging water main New Jersey American Water began replacing in Haddonfield at the end of April as part of its $732,000 investment in upgrading cast iron pipes laid in the 1790s.

On April 29, the Rowan College Foundation and Rowan College of South Jersey named Amy Mansue, president and CEO of Inspira Health, its Person of the Year. Mansue was honored for Inspira’s dedication to strengthening partnerships between South Jersey’s medical community and schools.