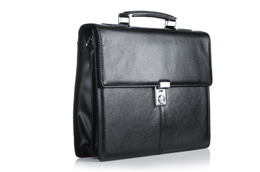 Subaru of America, Inc. presented “thank you” care bundles to support departments at Cooper University Health Care and MD Anderson Cancer Center at Cooper for their efforts during the pandemic. Nearly 950 members in the environmental services, food and nutrition, transport, security and maintenance departments, along with other staff members received a care package containing gift cards to local retail shops and restaurants as well as transportation vouchers.

The U.S. Department of Transportation has proposed $9 million in grant money to go

toward rehabilitating and improving the Port of Salem. The funding will be drawn from the federal government’s Infrastructure for Rebuilding America grant program.

South Jersey Gas is spending $69 million to bulk up its delivery system to defend against interruptions that may be caused by extreme weather events as well as cybersecurity breaches. The company recently unveiled its new pump station in South Harrison.

Gov. Phil Murphy signed legislation appropriating $100 million in American Rescue Plan funds to the Department of Community Affairs to support childcare providers through a number of initiatives, including providing grants for facility improvements, business technical assistance, workforce development support and a study of the childcare landscape in the state.

As South Jersey Federal Credit Union eyes expansion, it will also be rebranding itself with a name change. The organization is now known as First Harvest Credit Union.

The New Jersey Economic Development Authority (NJEDA) and Stockton University are ushering in a new era for the esports industry in Atlantic City. The NJEDA will provide $200,000 in funding plus other resources to the university for its esports initiative, which includes the establishment of an Esports Innovation Center at the school’s A.C. campus.

The U.S. Department of Education is sending roughly $29 million in funding to 35 public and private colleges and universities across the state to help offset various impacts caused by the COVID-19 pandemic. The money was made possible thanks to the second round of Governor’s Emergency Education Relief funding. Local schools receiving grants include: