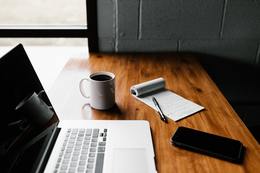 What attributes make for a great leader?

“In order to be a great leader, one must be a good communicator as well as a good listener. These attributes will help you understand your team better, learn how to best and most appropriately delegate important tasks and identify growth opportunities for the organization both internally and externally. The other critical piece of leadership is humility. Being confident enough to try new things, but self-aware enough to admit mistakes, and understanding that your organization’s success is not reliant on one person, but a collaborative and empowered team.”

“A great leader is someone that listens to what people have to say, works at building strong teams and supports and mentors their employees. I believe it is extremely important to communicate with everyone concerned, to be positive and be able to work to resolve issues. If you make a mistake, own it and move on.”

The number of jobs that New Jersey recovered in May according to the state’s department of labor and workforce development. It marked the fifth-consecutive month of job growth and the state has recovered 403,000 jobs lost last March and April during the onset of the pandemic.

The amount of funding awarded to 6,168 nonprofits and businesses by the New Jersey Economic Development Authority during Phase 4 of its Small Business Emergency Assistance Grant Program. The organization has $285 million in grant money available for distribution.

New Jersey’s ranking in WalletHub’s survey of the Best States to Live In. Despite the high placement, the survey ranked the state 32nd in economy and second-to-last in affordability.

The amount of money that would go toward career vocational and technical education as part of the Securing Our Children’s Future Fund. The bill was approved by an Assembly committee and heads for a full vote later this month.

The percentage of employers in the United States that say they plan to hire recent college graduates this year, according to a national survey taken by The Harris Poll and commissioned by Express Employment Professionals.