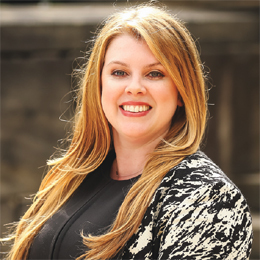 
by Elizabeth Livingston
The citizens and businesses of Philadelphia and South Jersey have always had a strong symbiotic relationship. To foster this cooperative dynamic, the commonwealth of Pennsylvania and the state of New Jersey established an income tax reciprocity agreement nearly 40 years ago, allowing residents who work across state lines to only pay income taxes to the state where they live and not to the state where they work. Such agreements help avoid double taxation and are common for neighboring states, as more than one third of states across the country have such agreements in place. However, the longstanding arrangement between Pennsylvania and New Jersey came under threat this past fall when New Jersey Gov. Chris Christie moved to end the reciprocity agreement to combat a significant state budget gap precipitated in part by rising health care costs. Christie later decided to keep the agreement after passing health benefit reforms to cover the budget deficit. Christieâs actions shine a spotlight on how the reciprocity agreement impacts business and on what to consider if Christie puts the agreement at risk again during his final year in office, or if state leaders reconsider income tax policies.

In his recent State of the State address, Christie promised to âgive every ounce of energy [he has] to make 2017 a year where we solve more big problems for our citizens,â and a repeal of the reciprocity agreement is one way to finance Christieâs plans, especially because he has considered this tactic before. Without the reciprocity agreement, New Jersey would bring in an estimated $180 million in tax revenue from Pennsylvania residents who work in New Jerseyâprimarily from high income earners who would be taxed at the stateâs higher rates. Pennsylvania has a flat income tax rate of 3.07 percent, while New Jerseyâs income tax rate ranges from 1.40 to 8.97 percent, based on income level. But New Jerseyâs increased tax revenue would come at a cost for several con- stituencies. First, lower income New Jersey residents who work in Pennsylvania would pay taxes at a higher rate of 3.07 percent and would potentially lose New Jersey tax credits for Philadelphia City wage tax if their employers are lo- cated within city limits. Businesses established in New Jersey would be forced to combat issues of retention and recruitment of Pennsylvania residents who would face higher income taxes. Businesses in both states also would have to change income tax withholding practices and could be susceptible to payroll audits.

Employees and business owners in either venue should consider that an income tax reciprocity agreement drives growth and brings stability to businesses in both states. Employees have a wider array of job opportunities and companies are positioned to attract top talent regardless of an individualâs residency due to diminished economic drawbacks of working across state lines. Further, this arrangement encourages growth in developing areas in our region. For example, large corporations such as Campbell Soup Company and Subaru have opened multi-million dollar operations in Camden, spurring new development and commerce in that area. If the reciprocity agreement is at risk, companies with a large Pennsylvania resident workforce may be hesitant to put offices on New Jersey soil.

Employees and employers in both states should be cognizant that, in the future, income tax reciprocity agreements could be rescinded by any state that is party to the agreement. With a new presidential administration, changes in state funding could result in heightened budget pressures. If a discussion about ending the bi-state tax agreement resurfaces, employers in Pennsylvania and New Jersey should be aware that they are responsible for ensuring proper tax withholdings for two states and could be held liable for improper withholding practices. Auditing employee records to identify out-of-state employees and institute proper tax withholdings would be necessary to protect businesses and owners should this change occur. Businesses in our area should remain on alert.

Elizabeth Livingston is a Senior Associate at Griesing Law, LLC. She helps clients understand and protect their businesses and assists with risk and operational matters.