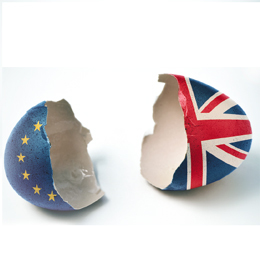 Brexit and Your Business

In a referendum on June 23, UK voters approved of the exit of the UK from the European Union. The referendum outcome was a surprise to both sides of the political debate, UK business and financial markets.

The referendum triggered the resignation of Prime Minister David Cameron and his replacement by Home Secretary Theresa May. Prime Minister May came into office pledging to implement Brexit. However, she indicated that there was no immediate rush to launch the two-year negotiation process set out in EU rules. She wanted to give some time for both the UK and the EU to consider their negotiating positions. May’s measured response had the effect of calming financial markets for now.

Even so, economic storm clouds loom on the horizon. Leading indicators suggest that the UK will face a recession in coming quarters, as businesses and even consumers reduce spending in the face of Brexit uncertainties. Already, businesses are laying off workers.

The heart of the UK-EU dispute is that the UK wants to maintain access for its goods and services to the EU, while at the same time restrict the right of EU residents to reside in the UK. Unrestricted immigration was the main issue cited by UK voters who supported Brexit. Rights to free trade and residency are considered equally important to other EU countries and are enshrined in the EU’s treaties.

The negotiations will likely prove contentious and protracted and may come to resemble those occasionally arising with respect to Greece, which were characterized by repeated episodes of brinksmanship.

Uncertainty over the outcome of these negotiations is likely to impact U.S. companies in four ways. The first is the most obvious, which is that U.S. companies that depend on the UK market may be adversely impacted by the likely recession.

Secondly, U.S. companies that use manufacturing operations in the UK to export to Europe will likely be adversely impacted by the prospect of the re-imposition of tariffs in UK-manufactured trade goods with the EU.

Third, UK immigration restrictions may hurt the prospects of U.S. tech companies with UK operations, which benefit from the ability of highly trained engineers and computer scientists from throughout the EU to work in the UK.

As the negotiations progress, these U.S. firms will have to assess whether to shift some of their business to continental European financial centers, or to create duplicate subsidiaries, where their continued access to the EU market would be ensured. Already, some firms have announced phased layoffs in London and intentions to relocate. U.S. financial services firms may endure high costs in implementing their Brexit strategies.

One might look at the costs of Brexit to both the UK and the EU and conclude that the most advantageous situation would be an “EU-lite,” wherein the UK gives somewhat on immigration in return for a measure of free trade. However, it is very likely that any future deal would require an additional referendum where immigration will likely continue to be an issue.

Moreover, the EU is concerned that granting “EU-lite” will simply encourage other countries to withdraw from full EU membership, which could precipitate the end of the Union. Lastly, there are powerful interests in continental Europe who would like to seize financial services market share from London, and they will oppose any agreement that preserves London’s current status.